Morrissey's new album, BONFIRE OF TEENAGERS, has been completed in Los Angeles.

"The worst year of my life concludes with the best album of my life." - Morrissey.

The eleven tracks are:

6 BONFIRE OF TEENAGERS
7 MY FUNERAL
8 DIANA DORS
9 I EX-LOVE YOU
10 SURE ENOUGH, THE TELEPHONE RINGS
11 SAINT IN A STAINED-GLASS WINDOW

Morrissey is unsigned. The album is available to the highest (or lowest)
bidder. 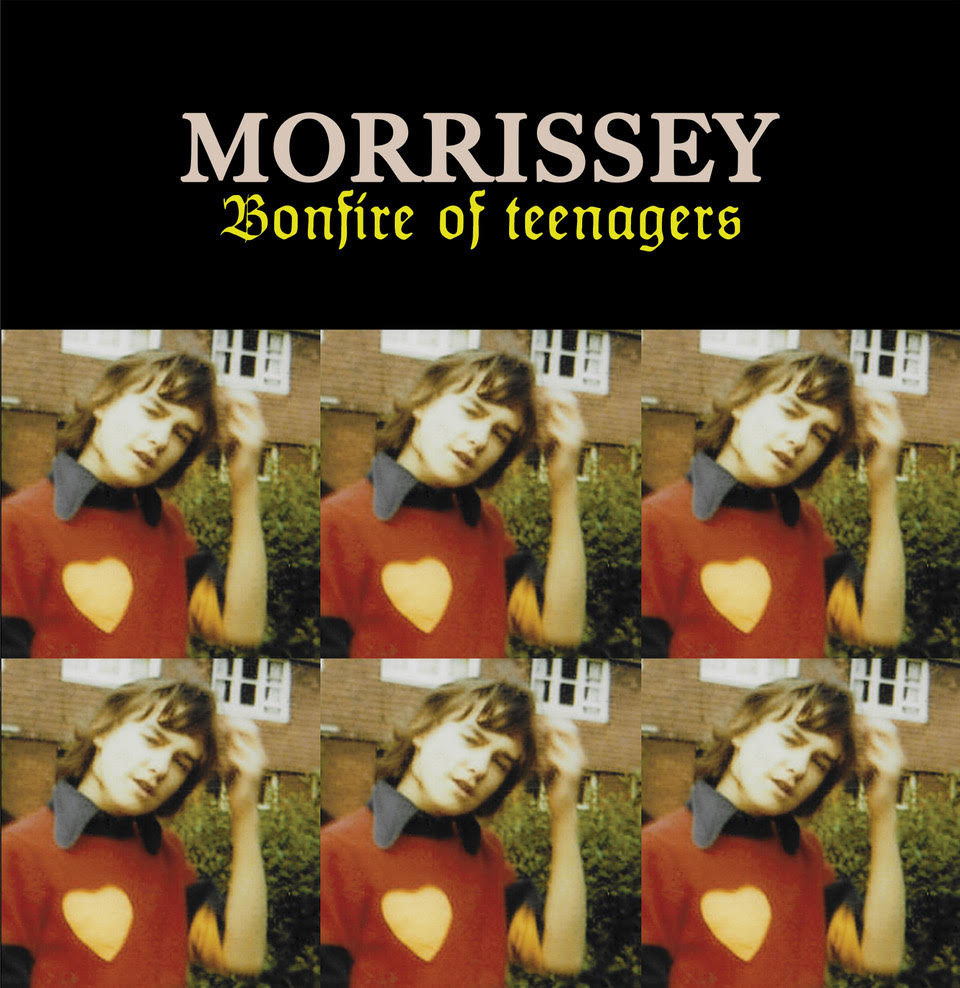 Morrissey's 5 nights at Caesar's Palace in Las Vegas start on August 28, and there are no anti-social distancing or facial concealment rules in place.

Maybe a rapid commitment of Quilloughby as a suppport act might increase sales figures of the Caesar Palace concerts.
I turn the music loud and I don't know why this ain't my house.

Flibberty said:
It's simply good news that Morrissey is still being productive and creative. I hope that we will get to hear this at some point, but it's admirable that he has been dynamic enough to get it recorded himself without the backing of a record company.

Considering the year that he's had, I expect it to be both wildly erratic and hugely entertaining.
Click to expand...

I am ready to receive the second mega dose of Moz in my body!!!!

BrokenFrame said:
I wasn't sure why he was writing a song about Diana Dors, was he a fan? I did read that she was in a tv adaptation of "A Taste of Honey".....that's the only Morrissey connection I've made so far.
Click to expand...

everybody was a fan of diana dors,she was always on tv and chat shows in the 70s.
rip roaring,free scoring,never boring,glasgow celtic.
S

Nerak said:
Who is Liam Lynch?

I know a few people with that name.
Click to expand...

Lian Lynch is a great musician, a great performer, a great actor, a great author of rock parodies, and a great graphic designer... among others
S

Indie said:
Even being unsigned Morrissey still has enough fans to earn lots of money from his releases. He could use music distributors like Ditto, Distrokid or similar to deliver his new album to the most popular streaming platforms and digital music stores. No offers from big record labels is not the end of the world and shouldn’t stop him from releasing his music
Click to expand...

the record company, hated, remains the cornerstone of the rock star

Uncleskinny said:
"The best album of my life"

Hmmm. How many times have we heard that? With the same personnel as the previous 2, you're in for a cavalcade of cack, and without a label, it's in search of a toilet to flush it
Click to expand...

Radis Noir said:
Looking at the ticket sales so far, it doesn't look like social distancing will be much of a problem.
Click to expand...

looking at seating charts has always been done by surface on here,leave him to it hes an expert,carries one around in his back pocket at all times.
rip roaring,free scoring,never boring,glasgow celtic.
L

I am ready to receive the second mega dose of Moz in my body!!!!!!

best thing about this is that we will have a better chance of hearing rainbow valley as a b-side.finally,put me out of my misery.
rip roaring,free scoring,never boring,glasgow celtic.

Exciting news to say the least! Hopefully a deal will appear but you can't help but wonder whether or not the album would be better named as "Bonfire of Bridges".

The artwork is... disappointing. I guess trying to come up with an image of current Moz with that title is quite difficult and could potentially end up looking like one of those bad photoshopped t-shirts on mporium. However, saying that, that image of young Moz, framed and on a bonfire would be better, if not, in a weird way, tongue-in-cheek. Imagine this, but with a photo of Moz instead of the honeycomb. 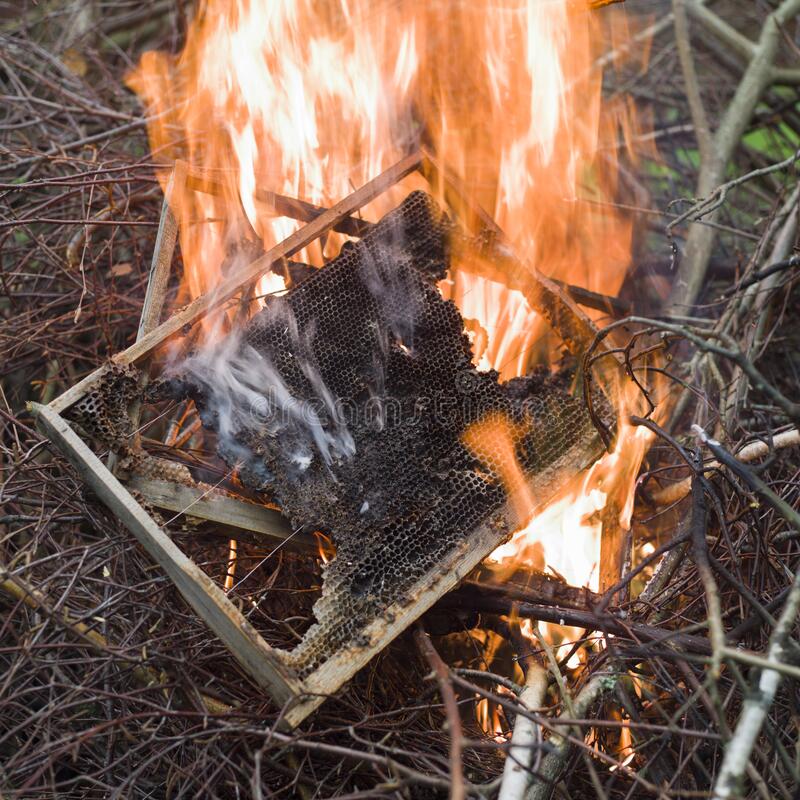 "Honeycomb, you know where to find me"
"To someone, somewhere..."
E

Chairman Of The Bored

It sounds like he's recorded a new album, the artwork is designed and it's ready to go. So why not just release it on the website? Wilco did this nearly 20 years ago, the technology exists. And any no-mark can get their music on streaming services.
Stop being such an old man already!
M

Uncleskinny said:
"The best album of my life"

Hmmm. How many times have we heard that? With the same personnel as the previous 2, you're in for a cavalcade of cack, and without a label, it's in search of a toilet to flush it
Click to expand...

0609 hrs in the UK
Finan switches on his PC and first thing he does is search for news on an artist he (claims) to despise.
Every artist says their latest is their best.

Go back to your ad hominen car stickers you pretend pseud prick,
M

Uncleskinny said:
The question is who will take a chance on such a tarnished brand?

See - what he could do is cut out the middle-man and take all the revenue by offering a pay-for-download - if he has such faith in the product, why not do this? I'll tell you why...he knows the risks at this stage of his career, and he wants that risk shifted onto someone else's shoulders so he can blame them for when it inevitably doesn't sell. Not only that, we know he doesn't like spending his own money, and much prefers someone else to do it. So, as previously, it's all about risk and spending money, neither of which he likes, because it's always, always someone else's fault.

I know there will be plenty who don't see it that way, and to them, I ask the following:

Why do you think it is that the money-making record company organisations aren't clamouring to make money from a new Morrissey release and be associated with his brand, when that is their whole raison d'etre? Can you think of a reason why that might be?

One more thing - do people think that this is the opening gambit to get a label-funded release? Do you think discussions haven't already been held with a view to doing just that?
Click to expand...

Who's paid to record this then Peter?

As far back as 2002 he said he wouldn't do the self funded route (Janice Long interview) and back then he didn't even record anything until Sanctuary turned up . As I then remember the comeback went pretty , pretty , pretty good.

Doesn't quite suit the narrative does it?

Despite every post of yours from last decade saying this is the end , it never seems to be that does it.

Go spend some time with your family and stop the Mark Chapman sideshow.
A

Maybe Moz should go totally punk DIY, to match the lo-fi aesthetic of the cover art? Just get Boz to burn off a few hundred CDs in his garage. Dodwell can print out the inlays and add her liner notes using letraset. Sell them at the merch booth, $20 a pop. Job done!

Emotional Guide Dog said:
It sounds like he's recorded a new album, the artwork is designed and it's ready to go. So why not just release it on the website? Wilco did this nearly 20 years ago, the technology exists. And any no-mark can get their music on streaming services.
Stop being such an old man already!
Click to expand...

True - move with the times!

Anonymous said:
It could be worse. The font could be Comic Sans.
Click to expand...

If no serious record company comes forward now, it won't take until 2022 for him to give in and go on Bandcamp, for example, where you can get the download and order the format of your choice. Depending on demand, he (or Sam) could then determine the production. No, forget Sam, he should hire @Nerak. On a voluntary basis, of course.
I turn the music loud and I don't know why this ain't my house.

Verso said:
The descent into self-parody continues. How did someone with such a flawless aesthetic sensibility end up here?
Click to expand...

When I look the pages of Peepholism, I only shake my head in wonder at far things have degraded...
MrShoes

It's insane that Morrissey has no label, whatever he says or stands for, may never be reason to block him for getting it released [that is my opinion, a worldwide block ]. Hope a label has the guts to sign Morrissey, and release it. Only the ttles of the songs makes you wanting to hear it Now. Good luck getting a label and released very soon. Bonfire of Teenagers .
[SIGPIC][/SIGPIC]