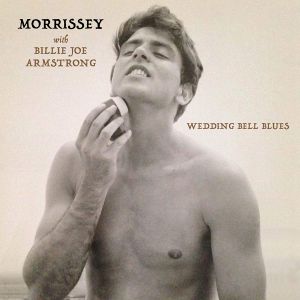 Additional vocals: Billie Joe Armstrong.
Although written by Laura Nyro, the song was made famous by The 5th Dimension and was heavily referenced by the press around the launch of California Son and the subsequent single's release.

Bill I love you so
I always will
I look at you and see
the passion eyes of May
Oh but am I ever gonna see
my wedding day?
Oh I was on your side Bill
when you were losin'
I'd never scheme or lie Bill
There's been no foolin'
but kisses and love won't carry me
till you marry me Bill

Bill I love you so
I always will
and in your voice I hear
a choir of carousels
Oh but am I ever gonna hear
my wedding bells?
I was the one came runnin'
when you were lonely
I haven't lived one day
not loving you only
but kisses and love won't carry me
till you marry me Bill 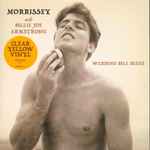 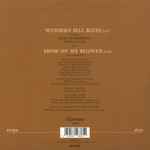 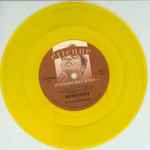 "Wedding Bell Blues" is a song written and recorded by Laura Nyro in 1966. The best known version was a number one hit for the 5th Dimension in 1969. The lyrics are written from the perspective of a woman whose boyfriend has not yet proposed to her, and who wonders, "am I ever gonna see my wedding day?" The song carries dual themes of adoring love and frustrated lament. The title subsequently became a popular phrase in American pop culture.